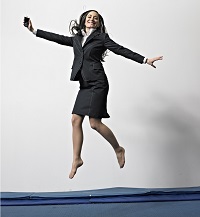 
Amanda has been coaching athletes in the sport of gymnastics since 1995. She began gymnastics at 4 years of age at the Sudbury Laurels Gymnastics Club where she competed for many years. This is where her passion for the sport began and she is now very proud to be able to offer a safe and elite venue where the next generation of athletes can explore this exciting sport and make their own dreams a reality.

Amanda specialized in Psychology at the University of Toronto focusing on child development and cognition which provides her with a great deal of insight into the different learning stages and varying cognitive abilities of children. Following this degree, Amanda completed a Bachelor of Laws at Osgoode Hall Law School. Her love of gymnastics and enjoyment of working with children, however, kept her out of the legal field!

Amanda currently coaches Provincial and National athletes but oversees the progress of all pre-competitive and competitive girls in the gym. Her athletes have had great success including a perfect 10.0 on Beam at Provincial Championships. These successes also include many Provincial All around Champions, Vault, Bars, Beam and Floor provincial Champions, Eastern Canadian All-around and Bars Champions, and many athletes have taken the all-around Gold at the International Gymnix competition, as well as at competitions in various countries like Florida and Barbados.

Amanda believes that the strength of a coach lies in their ability to continue to learn and seek self-improvement and encourages her team of coaches to learn from one another. 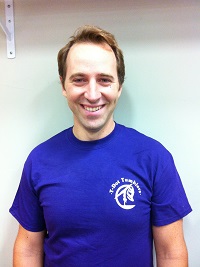 
Adrian grew up playing soccer in the fields of Argentina! His passion for gymnastics came later in life as a coach to young children. Adrian has endless energy and a joy of coaching that is unmatched making him a great coach with any program in the gym! He has been coaching our competitive athletes for the past 10 years with Amanda and has contributed to all the noteworthy acheivements above. Adrian is always around to provide extra attention to the athletes through the form of video analysis and extra spotting and helps to ensure that our athletes have fun while learning and succeeding too! 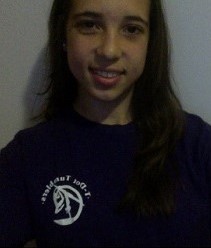 
Amanda, a former Canadian National Trampoline Champion, has been leading our Trampoline program to much sucess for the past few years.

During the 2016 competition season she produced a Provincial Champion and had two athletes qualify to Eastern Canadians where a Team Silver medal was earned. Every year since then athletes have consistently qualified to Eastern Canadians including all but one in the most recent season which was then cut short due to the pandemic. 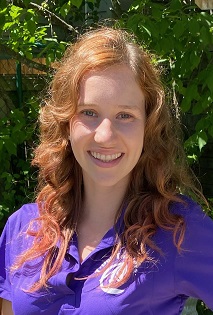 
Cortny first began coaching in the sport of gymnastics in the summer of 2014, beginning as a coach-in-training at Stella Nova in Timmins. She eventually began working as a full coach at Rock n Gold in Timmins before moving to Toronto in the fall of 2019 for college, where she began working with us at T-Dot Tumblers!

Cortny began taking gymnastics at a young age, as well as dance at 2 years of age, in which she has experience in all genres of dance and progressed to become a Competitive Dancer. She has graduated class of 2020 from the Commercial Dance Program at George Brown College, in Toronto, and has won many awards as both a soloist and as part of dance teams, and has even had the opportunity to dance with the National Ballet in the summer of 2012. 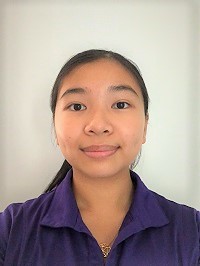 
A former competitive athlete with our club, Kathryn has been coaching at T-Dot Tumblers since 2018. She quickly expanded her skill set to not only include coaching but supervising, administration, and assisting with programming our website. She has a wide range of coaching experience in all of the recreational programs from Caregiver and Tot all the way to Adult programming. Kathryn coordinates the Xcel Program and this is her second season coaching the Xcel Prep team. Kathryn loves children and has worked with them since she was nine years old, specializing in the pre-Kindergarten and pre-teen age groups.

Kathryn has a background in both artistic gymnastics and trampoline, as well as dance and musical theatre. She is currently working towards her Bachelor of Commerce in Hospitality and Tourism Management at the Ted Rogers School of Management.